Washington, D.C. – Today, the Consumer Federation of America (CFA) is releasing an analysis showing that lower income households spend almost 9 percent of their income on gas – which is two times as much as middle income households.  “This makes preserving the nation’s fuel economy standards critically important to millions of financially challenged Americans,” said Jack Gillis Executive Director of CFA and author of The Car Book. “Fuel economy standards that allow consumers to get the most out of a tank of gas are vital in helping keep low-income families mobile.”

The fuel economy rollback now being considered by the Trump Administration would hurt low-income consumers the most, forcing them to pay more for gas (especially when gas prices rise) and leaving less for needed family and household essentials. Under the current standards, low-income consumers, 92 percent of whom buy used vehicles, will save almost $900 during the typical six years that they own their used vehicle.

“The greater percent of one’s income needed for gasoline, the more the roll-back will harm the family budget,” said Gillis, “This illogical, unfounded rollback will cost consumers regardless of their economic standing. However, what is particularly tragic is that it devastates low-income family finances.” 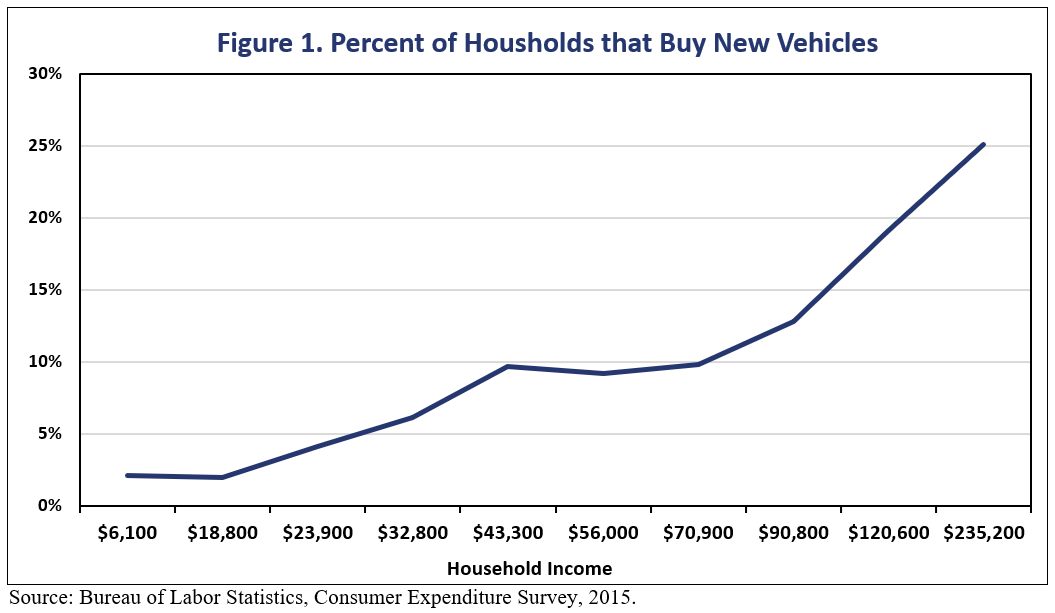 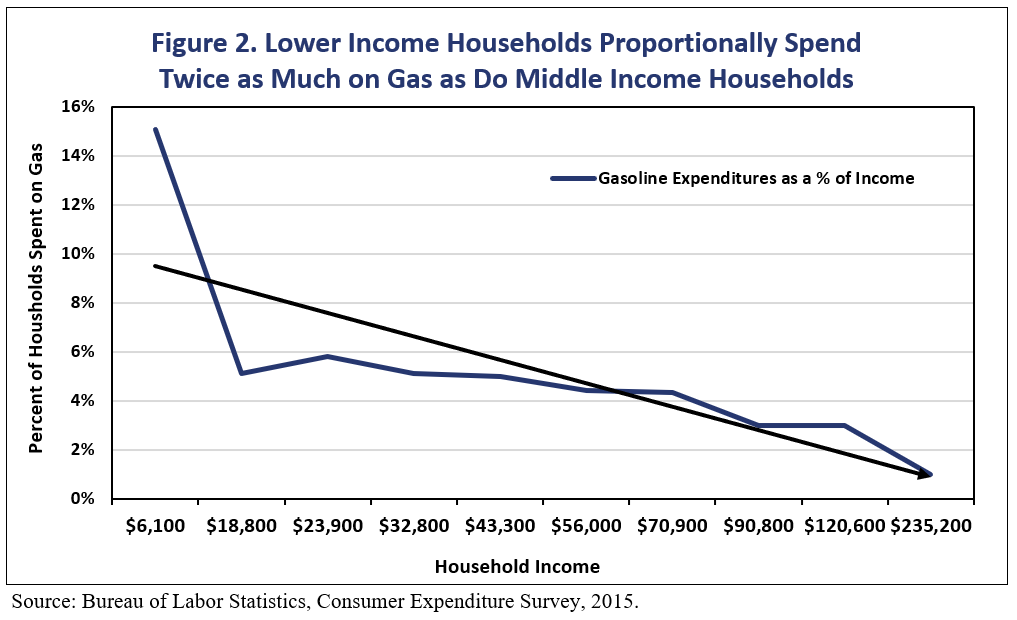 Fuel Efficient Technologies Pay for Themselves

Due to vehicle depreciation, buyers of new cars absorb a significant amount of operating and ownership costs, including the cost of new fuel- efficiency technology. This means that used car buyers receive a disproportionate share of the fuel economy benefits resulting from the standards. In fact, only 1/5 of the cost of new vehicle fuel economy technology is reflected in the price of a used car. This means that low-income consumers buying used cars get essentially the improved fuel economy benefits at a significantly reduced price.

The current standards, which have been in place since 2012, have fed a steady stream of increasingly efficient, used cars into the market. We estimate that the average used car today costs about $40[2] more than it would have if the standards were not in place, however it will save the buyer almost $900 during the typical 6 years of ownership. As the chart below (Figure 3) indicates, this fuel-efficient vehicle begins to save the owner during the very first month of ownership. While the monthly loan payment may increase by $0.63 per month, the buyer will save about $13 at the pump, saving over $12 a month.

“For low-income families, every dollar counts,” said Gillis. “Many of these families don’t have the choice not to own a car. The current fuel economy standards now in place guarantee that whatever car they buy will save them money.”

Fuel Economy Standards Have an Outsized Benefit for Low-Income Consumers 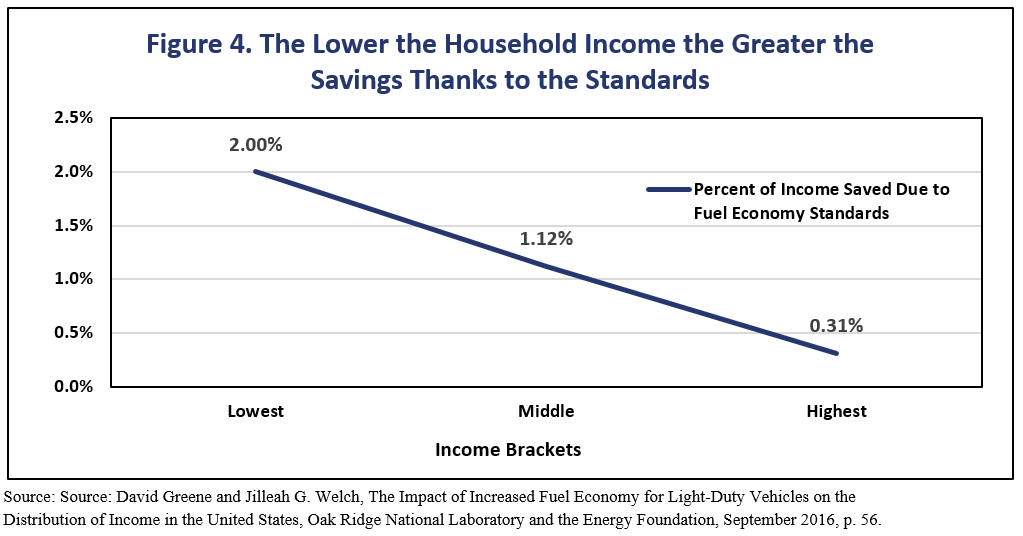 “The Trump Administration’s argument that the current fuel economy standards would force low-income consumers out of the new car market is ridiculous,” said Gillis. “Low-income consumers do not purchase new vehicles. However, keeping the standard ensures that a steady stream of increasingly fuel-efficient vehicles enters the used car market providing significant household savings—especially for lower-income families.”

“What is so tragically ironic about the Trump Administration’s claim that the fuel economy standards hurt low-income consumers is that they spend a higher percent of their income on gasoline than any other group. As a result they need the standard more than any other income bracket,” emphasized Gillis. “While every American will benefit from the current standards, it’s America’s most financially challenged that need them the most.”