According to its last Consumer Sentinel report, the Federal Trade Commission received 371,061 identity theft complaints in 2017, down from 399,222 the previous year.  That’s good news, but the 2018 Identity Fraud Study issued by Javelin Strategy & Research tells a darker tale.  Based on a random survey of Americans, it revealed that there was an 8 percent increase in identity fraud (the fraudulent use of someone’s personal information) from 2016 to 2017, and losses rose from $16.2 to $16.8 billion.  Javelin also notes that while the chip cards have cut down on fraud at terminals or by cloning devices, this drop has been more than offset by the rise in online theft and fraud.

How can you reduce the chances of becoming an identity theft victim?

How can you detect possible identity theft?

Are you a victim of identity theft?  If so, take immediate action! 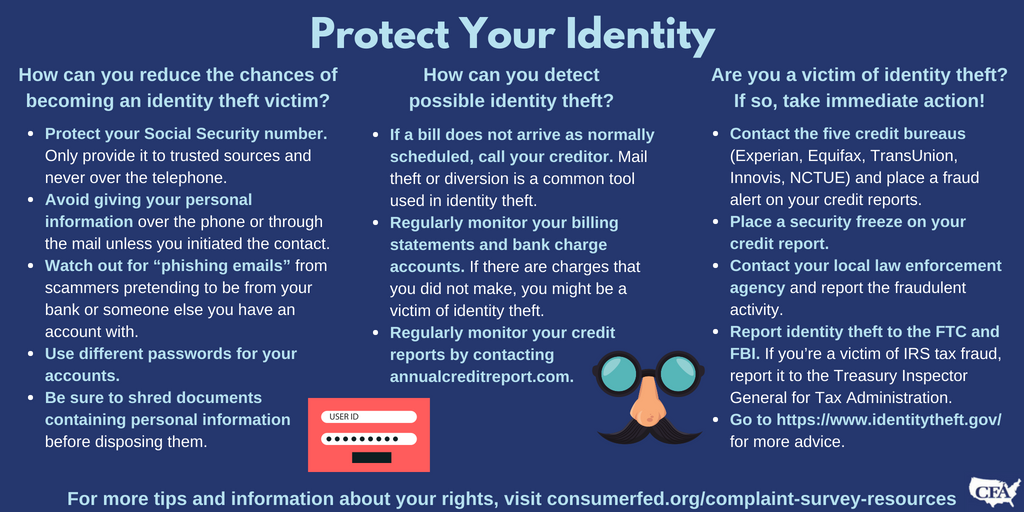