Last week, a federal district court in California ruled that deceptive advertising claims could go forward against the makers of Vizzy Hard Seltzer. As CFA and the Center for Science in the Public Interest explained in a March 2021 letter to FDA, the Vizzy marketing campaign blatantly runs afoul of FDA rules. And as explained in another blog post, the agency that regulates the labeling on most other types of alcoholic beverages—the Department of Treasury’s Tax and Trade Bureau—prohibits claims like Vizzy’s. In short, by touting Vizzy’s “antioxidant Vitamin C” content, the drink’s manufacturer, Molson Coors, creates the impression that consumers may obtain a nutritional benefit from consuming the product.

This is misleading. Drinking alcohol does not deliver nutritional benefits. Alcohol blocks the absorption of essential vitamins and nutrients, acting as an oxidative force in the body. It also causes many other health problems, including cancer. Given what we know about alcohol, the FDA’s prohibition against vitamin fortification claims like Vizzy’s is hardly surprising. 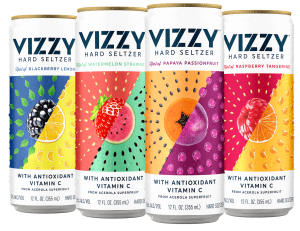 The rules are clear. Vitamin fortification claims on alcohol, such as Vizzy’s “with antioxidant Vitamin C,” are prohibited. So why has FDA allowed Molson Coors to continue its unlawful marketing campaign?

Last year, CFA filed a request under the Freedom of Information Act to try to get some answers. The agency’s response showed that staff recognized an apparent legal violation, at least in their initial correspondence. However, the agency leadership eventually found a reason to look the other way, and that reason has been redacted from the public record. While FDA rolled over though, a class action lawsuit went forward against Molson Coors. Now, a federal court has made clear what was already obvious to anyone possessing a casual familiarity with the issue and some notion of the rule of law: Vizzy’s labeling claims are illegal.

Perhaps now FDA leadership will devote resources to carry out the agency’s statutory mandate and end Vizzy’s misleading campaign. Recently, the agency issued a final rule revoking the standard of identity for French dressing. Revoking misleading advertising claims on hard seltzers surely deserves priority over more actions like that. And when FDA has set Molson Coors straight, it can turn its attention to the many other “hard seltzer” type products, ostensibly regulated by FDA, that have taken a cue from Molson Coors and trotted out their own misleading claims. Until then, buyer beware! 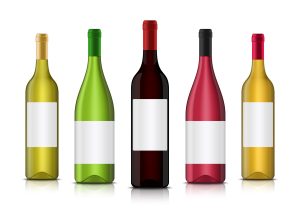