When are literally truthful claims nevertheless misleading? One example is the subject of a recent letter that CFA and the Center for Science in the Public Interest sent to the U.S. Food and Drug Administration. The letter asks FDA to enforce deceptive advertising rules against Molson Coors for its Vizzy advertising campaign. Vizzy is a “hard seltzer” whose label touts its fortification “with antioxidant vitamin C from acerola superfruit.” The letter assumes that Molson Coors fortification claims are truthful—i.e. Vizzy contains acerola fruit extract and vitamin C—but we argue that the company has violated deceptive advertising laws, essentially by suggesting that drinking Vizzy is good for your health.

These harms likely outweigh the benefits that anyone without scurvy might reap from Vizzy’s vitamin C. Indeed, Vizzy’s alcohol content directly undermines its “antioxidant” benefit because alcohol reduces antioxidant levels in the body.

But should Molson Coors nevertheless be allowed to tout Vizzy’s “antioxidant vitamin C” ingredients? After all, the claim is true, at least as far as we know. Why can’t consumers handle the truth?

This was the question posed in response to our letter by Baylen Linnekin on the libertarian website Reason. He writes: “Notably, nowhere in their letter do CSPI and CFA claim the information Vizzy provides to consumers is false. Rather, with a flourish of Orwellian denialism, they claim the truthful information Vizzy provides consumers somehow serves to mislead those same consumers.” He concludes that “The FDA shouldn’t prohibit Vizzy, other hard seltzer makers, or any other food or beverage maker from sharing truthful information about its products with consumers.”

This position seems reasonable enough, but it doesn’t stand up too well to scrutiny. Academic researchers have cataloged a variety of ways in which literally truthful claims can be misleading. For example, a claim may tout a product attribute that all other such products share. This was the case with chicken labeled “antibiotic-free.” Companies used the claim to signify that their chicken did not contain any antibiotic residue. But by law, all chicken must be “antibiotic-free” in this sense, regardless of how the birds were raised. So the claim is misleading, because it implies that competing products contain antibiotic residues. The claim also invites confusion with actually meaningful claims, such as “raised without antibiotics.”

Vizzy’s claims are different—their addition of Vitamin C is fairly unique—but they are nonetheless misleading. To understand why, it may help to consider a recent decision by the Alcohol and Tobacco Tax and Trade Bureau, or TTB, which inexplicably regulates, rather than FDA, just about every alcoholic beverage other than “hard seltzers.”

In 2017, TTB denied a petition for labeling claims related to Bellion Vodka, which contains a proprietary ingredient dubbed “NTX.” Bellion sought to include labeling claims on its vodka such as “NTX® provides antioxidant and anti-inflammatory support” and “NTX® reduces the risk of alcohol-induced liver diseases, including fibrosis and cirrhosis.” Citing regulations under the Federal Alcohol Administration Act, the regulators at TTB concluded that “the proposed labeling and advertising statements ‘create a misleading impression’ that consumption of alcohol beverages infused with NTX® will protect consumers from certain serious health risks associated with both moderate and heavy levels of alcohol consumption.” A federal court later upheld the agency’s decision.

Much of the deliberations around Bellion concerned the data that company had assembled in support of NTX’s efficacy. But let’s assume for the sake of argument that Bellion’s claims were literally true. This is not so much of a stretch. After all, lots of common substances, such as Vitamin D and zinc, have been shown to slow the progression of liver disease. Assuming they are true, should claims like Bellion’s be allowed?

Of course not. The relevant information is not that Vodka brand X is slightly better for your liver than Vodka brand Y. It is that all vodka is terrible for your liver. Bellion’s health claims obscure that fact, in the same way that other health claims on alcoholic beverages obscure the truth about alcohol’s overwhelmingly negative health effects. Claims like Bellion’s and Vizzy’s invite consumers to make irrational decisions, if they don’t confuse them outright.

If you don’t think that’s a problem for you, think again. Few people are as impervious to the influence of this type of messaging as they might believe. There’s a reason the alcohol industry spends over one billion dollars on advertising each year. 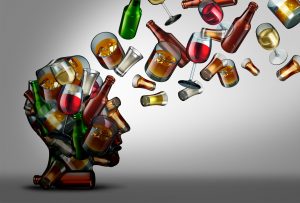 But there’s a cost for even those who know better. To the extent that big alcohol’s misleading health claims succeed, they will succeed in misleading our friends, family, community members, and people whose healthcare costs we must continue to subsidize.

Consumer protections are not a matter of absolutes. Many consumers may buy a certified organic alcoholic beverage with an unrealistic idea of the health consequences stemming from that claim. Nevertheless, the environmental and other benefits of organic farming arguably justify the use of such claims. By contrast, no redeeming benefits rationalize the confusion wrought by health claims like those on Vizzy—and on a fast growing number of other “hard seltzer” beverages to which FDA has turned a blind eye.

Finally, like everything else, consumer protections depend on context. The alcohol industry’s latest foray into health claims comes against a backdrop of disturbingly low levels of awareness regarding alcohol’s harms. In particular, less than half of adults in the U.S. recognize that alcohol increases cancer risk, even though alcohol consumption represents the third-largest modifiable risk factor contributing to cancer cases in the U.S. (behind only smoking and obesity). That needs to change, and it’s why CFA and other consumer advocates have asked regulators to update the health warning statement on alcoholic beverages to include a cancer warning. 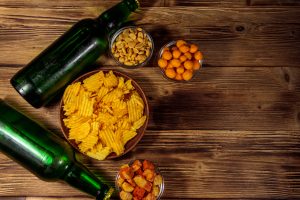 Rather than bombard consumers with irrelevant information, product labeling should help consumers make informed choices. We may have a long way to go before Congress takes action to update the Alcoholic Beverage Labeling Act of 1986. The alcohol industry vigorously opposes a cancer warning, and it has successfully enlisted the U.S. government’s help in efforts to stop cancer warning legislation abroad through abusive World Trade Organization challenges. Right now, however, FDA can take a step in the right direction now by simply enforcing existing law that protects consumers from misleading claims, even ones that are literally truthful.