Today, the U.S. Food and Drug Administration (FDA) issued an investigation report that shines a light on the need for a “one-health” approach to produce safety. FDA’s report looks at the factors that may have contributed to outbreaks of E. coli O157:H7 infections linked to leafy greens in the fall of 2020. Food safety experts have long speculated that cattle and other ruminants—animals that naturally harbor dangerous E. coli bacteria in their guts—were likely the culprits of recent outbreaks tied to leafy greens. The FDA’s report provides another data point in support of that hypothesis.

In particular, FDA found a genetic match to the outbreak strain in a sample of cattle feces taken alongside a road approximately 1.3 miles upslope from a produce farm with multiple fields tied to the outbreaks by the traceback investigations. The finding is not a “smoking gun,” but it strongly suggests that adjacent livestock operations are to blame for the fall outbreaks, which caused 40 reported illnesses in the U.S.

This is not the first time that FDA investigators have fingered adjacent livestock operations as a likely cause of foodborne illness related to leafy greens. In May of last year, the agency issued a report on leafy greens outbreaks that took place in November and December of 2019 and concluded that “adjacent  or  nearby  land  use  for  cattle  grazing” was “the most likely contributing factor associated with these three outbreaks.” In this most recent report, FDA “strongly encourage[s]” collaboration with stakeholders, including livestock owners. Unfortunately, the agency has little authority over those owners.

CFA has supported legislation to give federal investigators at FDA more tools to solve foodborne illness outbreaks, such as the “Expanded Food Safety Investigation Act,” which would give FDA the authority to conduct microbiological sampling on animal feeding operations near produce growers linked to outbreaks. More accountability would help to promote common-sense practices, such as vaccinating cattle against E.coli O157:H7, a measure that would help to protect meat and fresh produce consumers alike from foodborne illness. 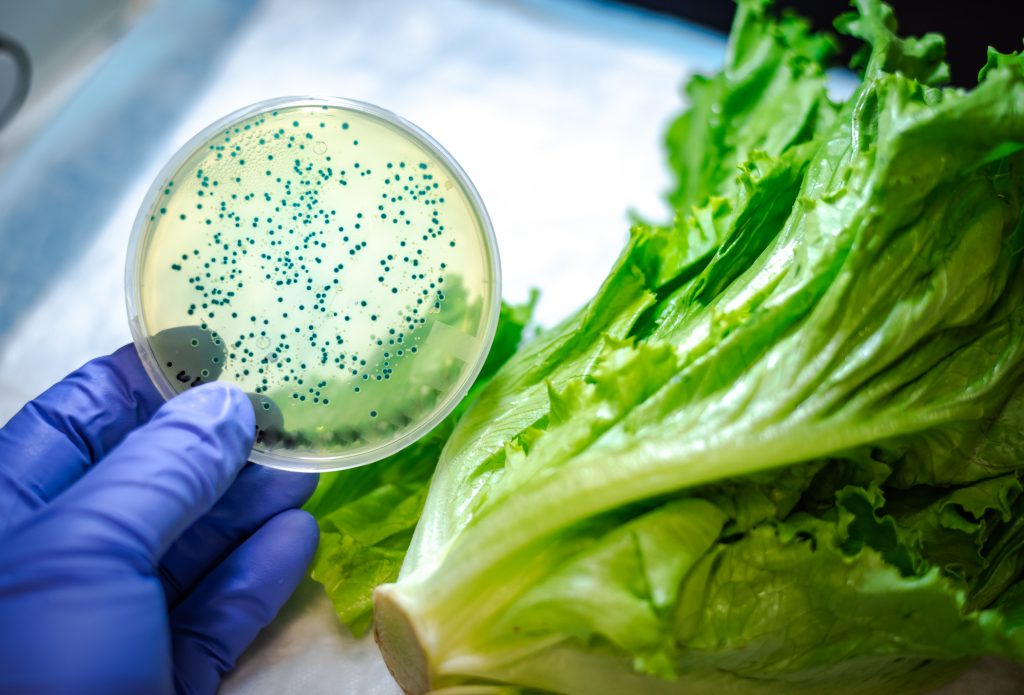 The history of efforts to vaccinate cattle against E. coli O157 illustrate how perverse incentives and mismatched regulatory authorities have stymied progress on reducing foodborne illness. Since at least 2010, U.S. pharmaceutical companies have developed effective vaccines against E.coli O157:H7 in cattle. A 2012 analysis estimates the cost of the vaccine itself and administering it to be less than five dollars per cow. The Centers for Disease Control and Prevention estimates that E.coli O157:H7 causes nearly 100,000 illnesses each year, and around 5–10% of patients develop a potentially life-threatening complication known as hemolytic uremic syndrome. Researchers have estimated the costs of the medical care and lost productivity associated with these illnesses at $600 million a year. That’s leaving aside the pain and suffering experienced by foodborne illness victims and their families, including many parents of small children. Fortunately, researchers have also found that a vaccination requirement at major cattle feedlots would reduce E.coli O157:H7 infections by 85%! Nevertheless, the industry has balked at the cost, and understandably so, the beneficiaries of their $5 per cow investment would be dispersed among other industries (such as leafy greens) and among consumers generally. From a purely profit driven perspective, the vaccine is not worth the cost to those who might buy it and use it.

Public policy needs to make cost-effective food safety interventions like E.coli O157:H7 vaccines in cattle good investments for the people who are in a position to use them. A good start would be extending food safety regulatory authority to cattle feedlots and other animal agriculture operations. In the meantime, efforts like FDA’s recent investigation report, which shine a light on the root causes of the country’s persistent foodborne illness problems, are a step in the right direction, but not likely to get us to the food safety regulatory system that consumers deserve.