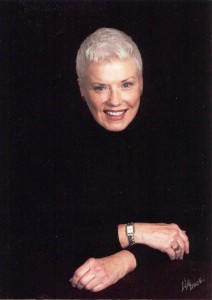 Carol Lee Tucker-Foreman, distinguished fellow at Consumer Federation of America’s Food Policy Institute, has an international reputation as a consumer advocate and food policy expert. For more than 35 years, she has worked at the highest levels of government and advocacy organizations to ensure that Americans have an adequate supply of safe, nutritious and affordable food.   She has been called “a legend in American agricultural circles.”  Tucker-Foreman was CFA’s executive director, 1973-77 and returned to the organization in 1999 to launch the Food Policy Institute, serving as its director until 2007.

Most recently, she was a leader of the coalition that worked with Congress to rewrite the 70 year old food safety provisions of the Federal Food Drug and Cosmetic Act, shifting the Agency’s focus to preventing rather than reacting to foodborne illnesses. Senator Tom Harkin (D-Iowa), chairman of the Senate Health, Education and Labor Committee and principle sponsor of the legislation, praised Tucker-Foreman’s decades long advocacy for modernizing the nation’s food safety laws.

Tucker-Foreman is the founder of the Safe Food Coalition (SFC), a group of consumer and public health advocates and trade union leaders that work to prevent foodborne illness and led the group’s efforts to get USDA to adopt science-based process controls in meat and poultry inspection and to adopt a zero tolerance for disease causing pathogen contamination in ground beef purchased for the nation’s school lunch program.

Carol Lee Tucker-Foreman served as assistant secretary of agriculture for food and consumer services during the Carter Administration and won thorny political battles, including broadening food stamp coverage for the poor, expanding the fledgling Women, Infants and Children Supplemental Feeding Program (WIC), and developing the landmark “Dietary Guidelines for Americans.” She pushed through the first regulations to ban “foods of minimal nutritional value” from schools.

After leaving government, Tucker-Foreman started the public affairs consulting firm, Foreman Heidepriem & Mager, and served as its president until 1999.

She has frequently testified before Congress, been quoted by major national media and has published articles in The Washington Post, The New York Times, The American Interest and other national publications. She has published studies of and proposals for improving the regulation of genetically engineered foods and preventing Listeria monocytogenes contamination of meat and poultry products, and edited a book on government regulation, Regulating for the Future.

She received the “Commissioner’s Special Citation” from the Food and Drug Administration and has been honored by the Consumer Federation of America, the National Consumers League and the Center for Science in the Public Interest.

Tucker-Foreman is an active advocate for women’s health and women’s rights. She was assistant director of presidential personnel during the 1992-93 transition, responsible for recruiting women to serve in high ranking positions in the Clinton Administration. She was executive director of the Center for Women Policy Studies and a legislative representative for Planned Parenthood of America.

Carol Lee Tucker-Foreman is a native of Little Rock, Arkansas. She graduated from Washington University in St. Louis and received distinguished alumni awards from the university. She attended the Graduate School of Government and Public Administration of The American University, Washington, D.C.