Three weeks after Hurricane Ian made landfall, and consumers are still recovering from the damage and working on their insurance claims. One firm estimated that privately insured losses from the storm are expected to reach $67 billion, making it one of the most expensive disasters in American history. Below we share essential consumer tips for policyholders in the insurance claim process. 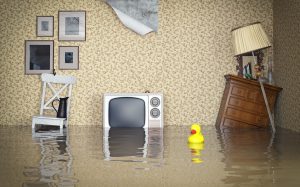 Consumers and regulators should keep a sharp eye out for problems and insurer misbehavior in the storm’s wake. While there will inevitably be many unique challenges and frustrations for Floridians in the wake of Ian, an overarching concern lies with a not-always-simple question: Water or wind? That is, was the damage to a home caused by flood waters, including tidal surges, or was it caused by hurricane winds and falling rain?

This will doubtless prove to be a billion-dollar question, because any damage caused by floods requires a home to have separate flood coverage. Additionally, some insurers have tried to impose so-called “anti-concurrent causation” clauses that claim to allow them to deny a claim for wind damage if a house also sustained flood damage. While these provisions should not apply in the wake of Ian, some insurers may aim to deny claims under this anti-consumer theory.

Many central Florida homes in counties affected by Ian did not have separate flood insurance, and inland areas that experienced massive rainfall and resulting flooding were not prepared. Flooding caused by Ian stretched far beyond the Federal Emergency Management Administration’s (FEMA) designated flood zones. Consumers without flood insurance can still get assistance from FEMA and other programs, but FEMA’s payments are capped at $38,000, which likely only covers part of the damage. Additionally, some families who do have flood insurance are discovering that it won’t cover all of their damages, since federal flood payouts for a single-family home are capped at $250,000. As a result, many consumers will struggle to recover from Ian. 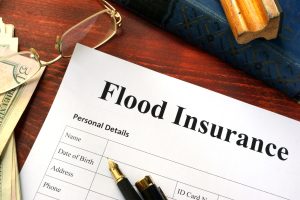 Another concern to watch out for is insurance companies trying to take advantage of their (very conflicted) role as not only the adjuster of the home insurance policy but also the organizations responsible for making flood claims decisions for those customers who do have a National Flood Insurance Policy. This becomes an opportunity for serious fraud by insurers that try to avoid paying out claims by shifting the burden to flood insurance, even if the damage was caused by wind and other causes. After Hurricane Katrina, State Farm defrauded consumers and the federal government by pushing many of their claims to federal flood insurance when they should have been paid by private wind insurance. Consumers sued and won, and State Farm recently agreed to pay the federal government $100 million in restitution. Insurers may attempt similar schemes regarding claims from Ian. State insurance regulators and FEMA should carefully monitor claims to ensure that insurers aren’t cheating consumers and taxpayers by shifting state wind insurance claims to flood insurance.

The Florida Office of Insurance Regulation (OIR) and the South Carolina Department of Insurance should closely monitor insurers and investigate consumer complaints and reports of bad behavior. Some insurance companies resort to all sorts of unscrupulous methods to unfairly delay or deny valid claims. These methods range from intentionally confusing and obscure contracts to misleading people about their rights to simply delaying or low-balling claims in the hopes that consumers will get discouraged and give up or settle for lower payouts. The OIR should create a public-facing online tool that reports how each insurer is doing in terms of meeting important claims handling benchmarks – including the number of claims filed, the number of claims with partial payment, the number of claims closed with payment, the number of claims closed without payment, and the number of claims pending. The Florida Office of Insurance Regulation posted data on the first batch of insurance claims from Ian, which showed almost $474 million in losses. While that’s helpful, a company-by-company detailing of their responsiveness will go a lot further in terms of keeping consumers informed and holding insurers accountable.

CFA, in its recent tips for consumers, recommends that consumers with property insurance and damaged homes take the following steps: