Congress took an important step toward improving infant and toddler safety last month when the House gave voice vote approval to the Safe Sleep for Babies Act of 2019 (H.R. 3172), which would ban infant inclined sleep products and padded crib bumper pads, both of which have been linked to dozens of infant deaths. Consumer advocates praised the House for passing the legislation, sponsored by Rep. Tony Cardenas (D-CA), which was needed because of the continued failure of the Consumer Product Safety Commission (CPSC) to act.

There have been four recalls related to this product type, the most notable of which, the Fisher-Price Rock ‘n Play Sleeper, has been linked to the deaths of at least 73 infants. Meanwhile, similar unsafe products remain on the market and continue to pose risks to infants.

The CPSC, the agency charged with protecting consumers, has been hesitant to act despite advocates’ ringing the alarm. Two recent articles in The Washington Post and USA Today highlighted the many dangers consumers and their families face when authorities charged with safeguarding products are slow to take action. “Fortunately, Congress has taken a major, bipartisan step in improving safety and providing peace-of-mind to consumers by passing this bill,” said CFA Legislative Director and General Counsel Rachel Weintraub.

“Consumers reasonably expect that the products they purchase are safe for them and their families,” Weintraub added. “This bill gives a wonderful holiday gift to American families: protection from products that can cause their infants harm. We express our deep gratitude to Representative Cardenas and Chair Schakowsky for leading the effort to pass these critical child product safety bills.”

The bill has two companion bills in the Senate, The Safe Sleep Act (S. 1767) and The Safe Cribs Act (S. 1816). “We urge the Senate to act quickly to pass these bills and protect American infants, “Weintraub stated.

Rep. Al Green (D-TX) has introduced legislation, the Nonprofit Property Protection Act (H.R. 4523), that would address an impending and critical problem facing nonprofits that rely on Risk Retention Groups (RRGs) for their liability insurance. The act would allow organizations also to obtain property and auto physical damage policies from the RRGs that have provided liability coverage to this sector of the economy for decades.

CFA sent a letter to the members of the U.S. House of Representatives late last year urging them to support the legislation. In the letter, CFA Insurance Expert Doug Heller notes that many small and mid-sized nonprofit organizations have come to rely on the RRG model for their coverage. “One key reason is that, during periods of tight insurance markets, commercial carriers simply refused to offer coverage to nonprofits, leaving them dangerously exposed. In addition, RRGs, in which nonprofits collectively insure each other, can offer insurance coverage tailored to the unique needs of nonprofits because the RRGs solely underwrite this type of entity,” said Heller.

Because property insurance has been excluded from the law allowing nonprofits to join RRGs, and because virtually no insurance companies will write stand-alone policies for this property exposure, many nonprofits cannot get the coverage they need. “The fact that the commercial market has failed to address the particular needs of nonprofits is not surprising; a similar failure in the 1980s led to the Liability Risk Retention Act of 1986, which allowed nonprofits to create these groups in the first place. Organizations find themselves similarly situated now and Congress should step in, solve this problem, and allow RRGs, some of which are nonprofit organizations themselves, to fill this gap as they did during the liability gap more than 30 years ago,” Heller said.

“If nonprofits cannot access property coverage through their own RRGs, we fear that organizations will be left to obtain less appropriately tailored coverage while the groups they have built up over the past 30 years wither,” he added. “Then, when another hard market turns the commercial carriers away from nonprofits again, there will be nowhere for these important public-serving organizations to turn. RRGs have been stable and financially sound underwriters of nonprofits’ liability insurance for decades. There is no good reason to stop nonprofits and the RRGs they have founded and joined from serving the community with a fuller suite of insurance products than is currently allowed.”

The Public Company Accounting Oversight Board (PCAOB), the agency established in the wake of the Enron and Worldcom accounting scandals to improve the audits of public companies, is quietly undermining enforcement of auditor independence standards, investor groups led by CFA warned in a letter late last year to the chairman of the Securities and Exchange Commission (SEC).

The focus of the letter was staff guidance issued earlier in the year by PCAOB that would allow auditors and issuers to continue to claim the audit was independent, even when violations of the auditor independence rules occur, as long as the audit firm and the board audit committee have a plan for addressing the independence violation and decide between them that the audit wasn’t compromised. The SEC has previously rejected an approach to auditor independence that relies on auditors and audit committees to make such determinations, recognizing of the strong incentives both groups have to deny the existence of a problem.

“The independence of public company audits is what gives them value. It is what allows investors to rely on companies’ financial statements as accurate and reliable when making investment decisions,” said CFA Director of Investor Protection Barbara Roper. “This staff guidance would not only undermine enforcement of the independence standards, it would also allow investors to be kept in the dark when violations occur. As such, it is a complete dereliction of PCAOB’s investor protection mission.”

The letter criticized PCAOB for adopting such an important policy change through an opaque staff guidance process, without any prior public notice or opportunity for stakeholders, other than audit firms, to weigh in. In it, the groups urged SEC Chairman Jay Clayton to require PCAOB to withdraw the staff guidance and to ensure that, if any changes to the independence rules are adopted, that is done through and open and transparent rulemaking process with ample opportunity for all stakeholders to weigh in.

Noting that audit firms have long resisted strong independence standards, the letter concludes: “This staff guidance sends the disturbing message that their decades-long efforts to escape accountability for meeting basic independence standards necessary to the credibility of the audit has found a ready audience at the PCAOB. To restore investor confidence in the reliability of corporate financial disclosures, the staff guidance must be withdrawn immediately and replaced by a new pro-investor standard, adopted through the normal rulemaking process.”

Although the groups had not received a response from Chairman Clayton, the PCAOB did reach out in December to schedule a meeting early in the New Year to hear the investor groups’ concerns.

High-powered magnet sets, often marketed and sold as desktop trinkets and stress relief toys, can be a serious danger when children swallow them. Following a surge in the number of ingestions by children of these rare-earth magnets, consumer advocates and physicians called on Congress to support the Magnet Injury Prevention Act, sponsored by Sen. Richard Blumenthal (D-CT), which would ban these products.

While parents are familiar with kids swallowing and putting many objects that they should not in their mouth, the consequences of swallowing high-powered magnets are not expected and can be vastly more serious than swallowing other foreign objects. Most objects will pass through the digestive tract without incident, but if two or more magnets are ingested, they can connect to each other inside the digestive tract, perforating and damaging the tissue. This connection through intestinal tissue could cause lasting damage and even death.

These magnet sets often consist of 200+ individual, tiny, sphere-or cube-shaped magnets. They come in a variety of colors and unbeknownst to most consumers, get lost on the floor, in carpeting, or in furniture, where children may find them.

In response to the increase in injuries related to ingestion of high-powered magnets, the U.S. Consumer Product Safety Commission (CPSC) issued a safety standard for such magnets in 2014. The standard was later vacated by the U.S. Court of Appeals for the Tenth Circuit and remanded back to the agency for further action. After the standard was vacated and the high-powered magnets came back on the market, data from the National Poison Control Center showed a dramatic increase in ingestion cases, with 1,316 reported cases to date for 2019 alone.

“High powered magnets pose a hidden hazard to children who swallow them. Parents are unaware of the dangerous consequences of ingesting more than one magnet,” stated CFA Legislative Director and General Counsel Rachel Weintraub. “We applaud the introduction of this legislation, which will effectively protect children from this hazard.” 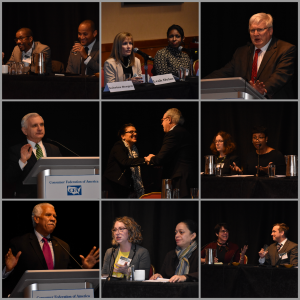