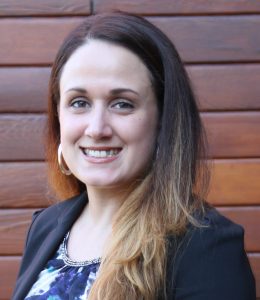 Angela Caban joined the Consumer Federation of America in February 2019 as the Director of Military Saves. Military Saves is a campaign coordinated by the CFA and a network resource to the Department of Defense’s Financial Readiness Campaign. She is responsible for directing and overseeing communications that effectively describe and promote the program and its services.

Prior to joining CFA, Angela was a Community Manager for USAA, where she was responsible for the strategic planning of the digital-based platform open to 11 million members.

Angela has been published in various print and online publications, with a writing focus on military lifestyles and financial readiness for everyday military families.

She currently serves as Vice President of a New Jersey Board of Education public school, where she is an avid advocate for military kids attending civilian schools as well as current issues affecting curriculum and regionalization of smaller school districts. She has also served on various advisory boards such as the Military Family Advisory Network and the Employer Support of the Guard and Reserve.

Angela has her Bachelor’s Degree in Business Administration from DeVry University and her Master’s Degree in Human Resource Management from Keller Graduate School of Management.

As a military spouse, Angela is passionate in her work and mission of the Military Saves program, to motivate and support military servicemembers save money, reduce debt, and build wealth.